Because of its high altitude and unique rock formations, Lawson was originally named “Blue Mountains” before being renamed after William Lawson, one of the first explorers to uncover the area and pioneer the general Blue Mountains region.

This little town is sparsely populated with less than 3000 inhabitants and is particularly famous for its numerous bushwalks that more often than not lead visitors to magnificent waterfalls. 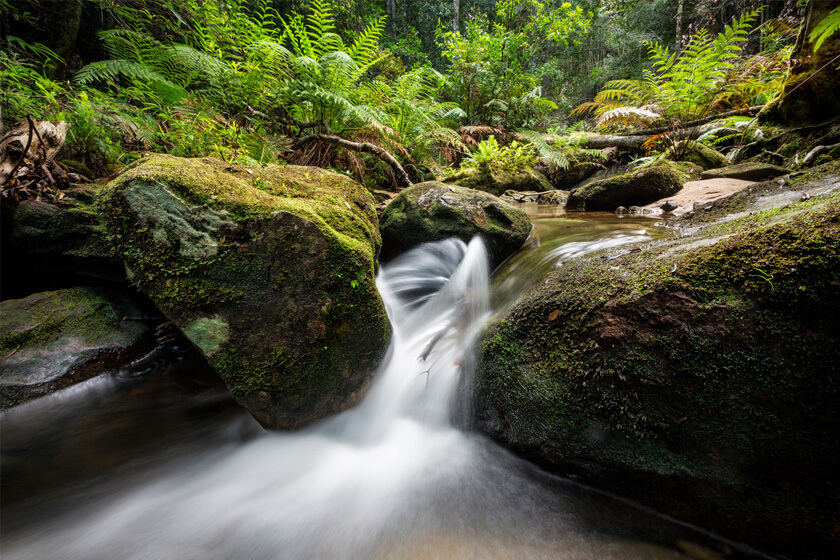 Visitors will also be able to enjoy an entertaining spot of golf in the Lawson Golf Course, as well as the numerous activities offered on Lawson Oval. Several community activities such as the Magpie Markets are also carried out in a festive and joyful atmosphere.

A truly remarkable place painted in vivid green and cerulean blue, Dantes Glen is ideal for anyone who wants to feel in touch with nature. One of Lawson’s most scenic bushwalks, this trail will provide you with a truly unforgettable experience filled with vegetation and some of the most glorious wildlife in Australia.

Unlike other bushwalks across the Blue Mountains region, Dantes Glen is quite easy to cover and accessible to just about anyone, including families with children. In fact, near the end of the trail, you will even come across a unique natural pool with a fireplace-shaped waterfall cascading gently into the water.

The ideal place for a refreshing dip after your walk, this pool is flanked by sandy stretches of beaches where you can enjoy a nice family picnic.

The Dantes Glen’s walking track is approximately 1.5km and it will take you through the two valleys. 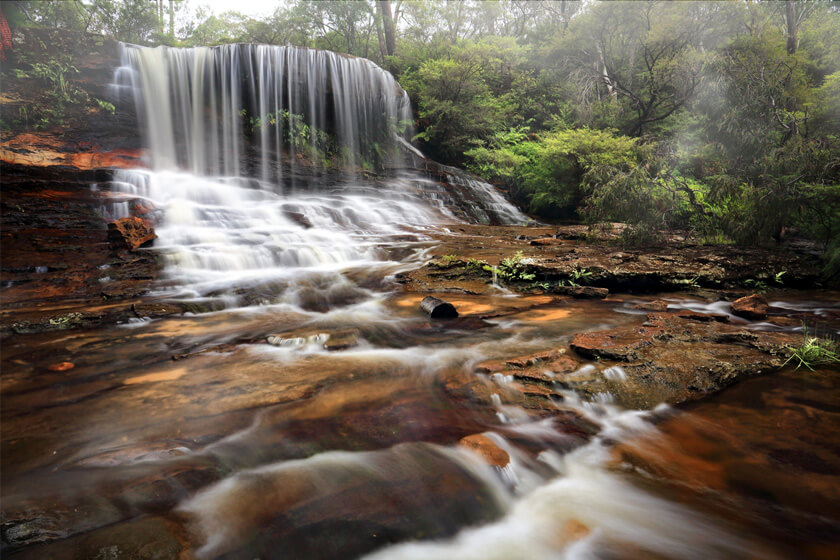 If you want to extend your walk, you can also adopt the 400m track that takes you all the way to a series of hidden waterfalls that are just awaiting to be explored. Indeed, Lawson is also reputed for Fairy Falls: a unique waterfall that crashes down in several stages, courtesy of the spectacular rock formation.

Trek left from Fairy Falls and you might just end up in North Lawson Park, where families normally pause for a light snack while their children run across the spacious grounds.

Lawson is brimming with a variety of historical landmarks and buildings which you can visit to learn more about this quaint little town.

The world-famous Honour Avenue stone gate, for example, will take you right to a concealed walking track that leads to more waterfalls. Some of the region’s most picturesque areas include Leslie Falls, Federal Falls, Cataract Falls, Adeline Falls as well as Junction Falls. Not far from the ancient albeit perfectly functioning railway station is the local Lawson Bowling club. 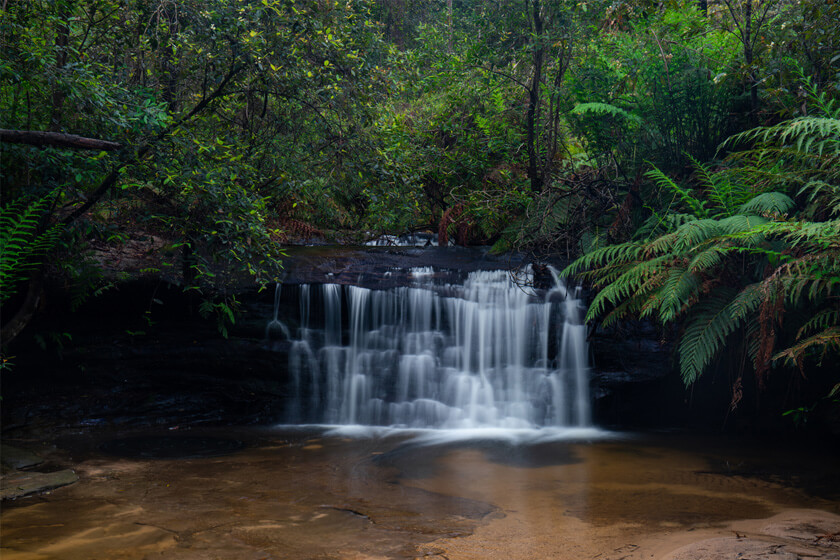 Perfect for visitors with children, this club offers a sweeping view of the surrounding greenery.

Not far from the Blue Mountains National Park, Lawson has an altitude of 727 above sea level.

Boasting a sweeping views over the Blue Mountains landmarks, this town can easily be accessed through Sydney by a 82 minutes car ride or a 102 minutes train ride.