History of the Blue Mountains

History
Blue Mountains through out time

The Blue Mountains history is deep dating back to the Pliocene epoch period, over one million years ago where it is believed to be formed. This was the same period that it was believed the dinosaur lived because there have been numerous fossils discovered in the site.

Located in New South Wales the Blue Mountains are captivating even from a distance as they provide a gateway to western New South Wales. Australia boasts of having this unique natural feature which was recently named as the 14th World Heritage site. The Mountains are basically dissected plateaus carved in sandstone bedrock. 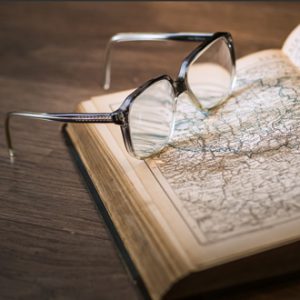 The initial names of the mountain found in the Blue Mountains history were Carmarthen hills and then Lansdowne hills by Governor Phillips in 1778. The traditional owners of the Blue Mountains are the native aboriginal dharug, Dankingjung and the Wiradjuri.

The Blue Mountains history has seen a lot of transformations over the years from the mountain being a dangerous terrain to an important destination in Australia. The name Blue Mountain came about from the distinct phenomenon which the mountain was exhibiting. The mountain became densely populated with dense oil bearing eucalyptus trees. The Blue haze seen on top of the mountain is quite captivating and is created when the oil droplets from the oily eucalyptus mix with dust particle and water vapor mix and then hit by short wavelength rays of light reflect a blue color. This observation is what led to the mountains changing its name for the final time as indicated in the Blue Mountains history.

These mountains stretch all the way from the Nepean River all the way to Hawkesbury River to the East and Walgan to Colo Rivers to the North. The mountain also stretches all the way to Lake Burragorang and Coxs Rivers to the South and West respectively. The actual range of the mountain ranges is unknown by the general public since it depending on different perspectives and the fact that it forms a part of extensive mountain range. Now the Mountain consists of a series of ranges which are divided by gorges which can be as deep as 2490 feet deep.