On the 29th of November in the year 2000, the Greater Blue Mountains was inscribed into the UNESCO World Heritage List. UNESCO, which stands for United Nations Educational, Scientific and Cultural Organization, is a Paris-based specialized arm of the United Nations that obscures cultural and social divides by championing diversity through educational, scientific, and cultural reforms.

The UNESCO World Heritage List advocates the conservation of cultural and natural heritage around the globe.

The list is composed of sites that primarily exude the quintessential ingenuity of man, demonstrate prior civilizations’ cultural traditions, display exceptional natural phenomena, and bear endangered species that are integral to the natural processes of biodiversity. 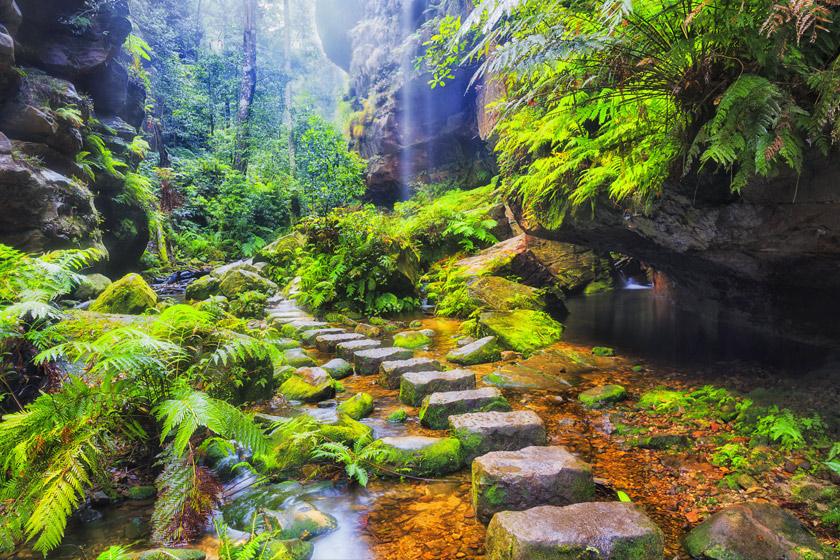 The privileges of the World Heritage title involve financial assistance, increased awareness on the site’s importance, and qualified advice on the area’s security and protection.

As Australia’s 14th World Heritage Site, the Greater Blue Mountains Area is preserved for its outstanding universal value to humanity.

This sandstone plateau encompasses beyond a million hectares of rainforests, canyons, heath lands, and eucalypt forests that house a variety of unique plants and animals.

The vast eucalypt forests are Blue Mountain’s most globally valuable ecosystem because of being the most diverse and preserved scleromorphic forests on the Earth’s temperate region. Scleromorphic plants are characterized by their firm, stiff leaves that reinforce water transport.

More than 100 types of eucalypt trees are present in the Blue Mountains, which equate to at least 13% of the aggregate global count.

It is believed that 12 of the 100 exist exclusively in the sandstones of Sydney. The eucalypt communities vary from tall forests situated in the deep valleys to mallee shrublands on the open tablelands. This variety represents the most highly diversified and balanced selection of eucalypts anywhere in the world.

Combined with the Blue Mountains’ non-eucalypt woodlands, these forests greatly contribute to Australia’s total biodiversity, which is a crucial fragment of the global ecosystem.

These protected areas comprise of distinct flora and fauna that speak volumes of Australia’s antiquity and remarkable biodiversity.

Alongside the eucalypt taxa, the Blue Mountains holds 10% of Australia’s vascular flora and serves as the home of a plethora of rare, threatened species. There are 127 rare plants and 52 rare animals in the area, including the Wollemi pine.

This type of tree was categorically extinct for a million years until it was recently discovered in isolated gorges within the Greater Blue Mountains.

Hence, the Wollemi pine is considered a living fossil as it dates all the way back to the Mesozoic Era—making it one of the world’s rarest species.

Additionally, 400 different animal species dwell within the depths of the Blue Mountains, such as the tiger quoll, koala, yellow-bellied glider, green and golden bell frog, as well as the Blue Mountains water skink.