The fact is, the Blue Mountains are one of Australia’s best-known natural landmarks, below are some answers to some of the most commonly asked questions.

How big are the Blue Mountains?

The Blue Mountains National Park spans across 267,954 hectares of land.

This UNESCO (United Nations Educational, Scientific and Cultural Organization) World Heritage Site is comprised of over 140 kilometres of walking trails and tracks that lead to pristine scenery and picturesque views. 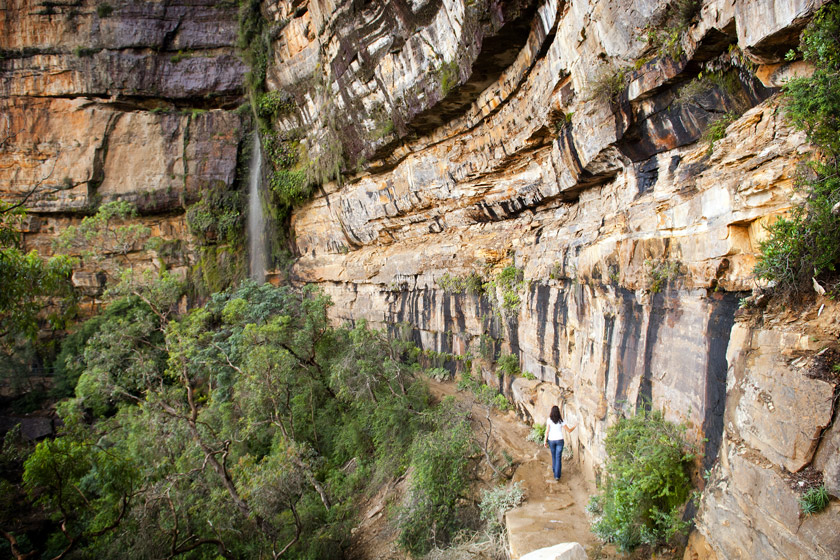 The tracks vary in length and difficulty, from 10-minute strolls to week-long treks.

Where are the Blue Mountains?

The national park is a 90-minute drive from Sydney through the M4 motorway. A more scenic route can also be taken past the Hawkesbury along Bell’s Line of the Road.

En route to Blue Mountains entails a leisurely drive across multiple thoroughfares, small towns, and farms. On the outskirts of the park is the town of Katoomba.

How old are the Blue Mountains?

The Blue Mountains are about 10 times older than the Grand Canyon. The ancient rocks underneath the mountains are roughly 470 million years old.

The sandstone plateau, signified by the Blue Mountains, took form around 50 million years ago following a forceful uplift. 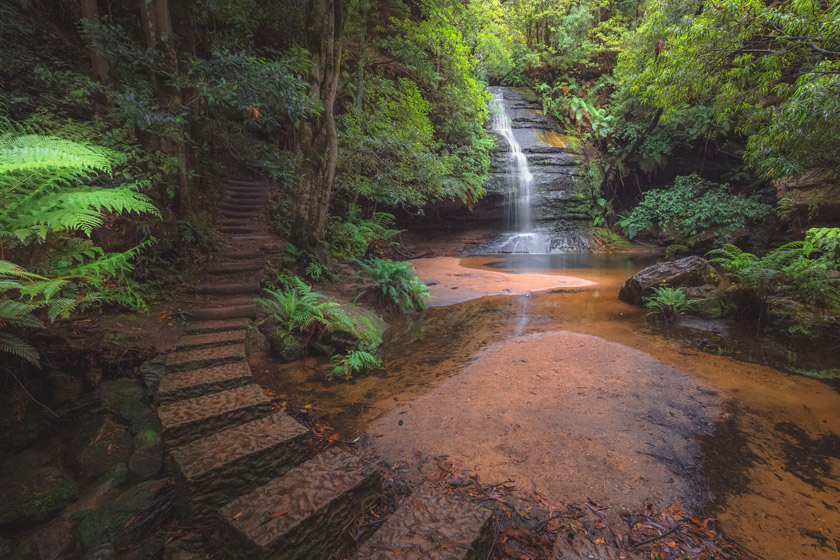 The Blue Mountains were discovered in 1813 through a successful expedition led by Gregory Blaxland, William Lawson, and William Charles Wentworth. Early ideas of shaping the area into a national park came about in 1932, upon the proposal of conservationist Myles Dunphy.

To preserve its geographical and cultural significance, the park was recognized as Australia’s 14th World Heritage Site in 2000.

Why do they call it the Blue Mountains?

Looking at the Blue Mountains from Sydney, the ochre-toned cliffs appear to be clad in blue.

Hence, the Blue Mountains derived its name from the striking blue haze that seem to envelope the area. However, prior to the name Blue Mountains, the site was originally called the Carmarthen and Lansdowne Hills by Governor Arthur Phillip in 1788.

Why the Blue Mountains are blue?

The expansive eucalypt forests covering the Blue Mountains are regarded by many as the primary source of the blue haze.

But contrary to popular belief, it is simply the optical phenomenon called the Rayleigh Scattering that is causing the area’s blue tinge.

The phenomenon asserts that the sun’s ultraviolet rays are scattered by the particles in the atmosphere that are smaller than the wave length of the light.

This effect creates a blue-greyish color to objects at a distance, including the sky and mountains.

What is the highest point of the Blue Mountains?

The peak of the Blue Mountains is located at Mount Werong, which is at an elevation of 1,215 metres or 3,986 feet above sea level.

Learn more about the Blue Mountains.

Where should I stay?

When is the best time to go?

The Blue Mountains is beautiful all year round. It does get cold in the winter months and can even snow – but this can be a great opportunity to enjoy a nice log fireplace.