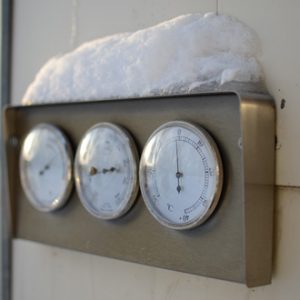 Learning the climate and weather patterns beforehand helps visitors plan their travel times to visit as many attraction sites as possible.

The Blue Mountains receive the highest amount of rainfall between February and March and between November and December. Visiting the mountain peaks in these months is not advisable because of the limited outdoor activities. Mountain hikes and tours during the wet weather in the Blue Mountains are risky.

The winter months are June to August while summer months are from December to February. The temperature during summer may be slightly high during the day but they are bearable. Summer nights are cool. The Blue Mountains weather during winter is perfect for Yulefest, which one of the most popular events in Australia.

What is the current temperature in the Blue Mountains? How cold does it get in Katoomba?

Snow in the Blue Mountains

The region has cold temperatures in winter especially the upper Blue Mountains. However, snowfalls have reduced over the years. Snow falls only for about three to five days in a year. Snowfalls are less common in the lower Blue Mountains.

There is no best time or places to visit in the Blue Mountains. The time and place depend on your interests and idea of fun. Information on the Blue Mountains weather and climate should guide on what to expect at different times of the year.